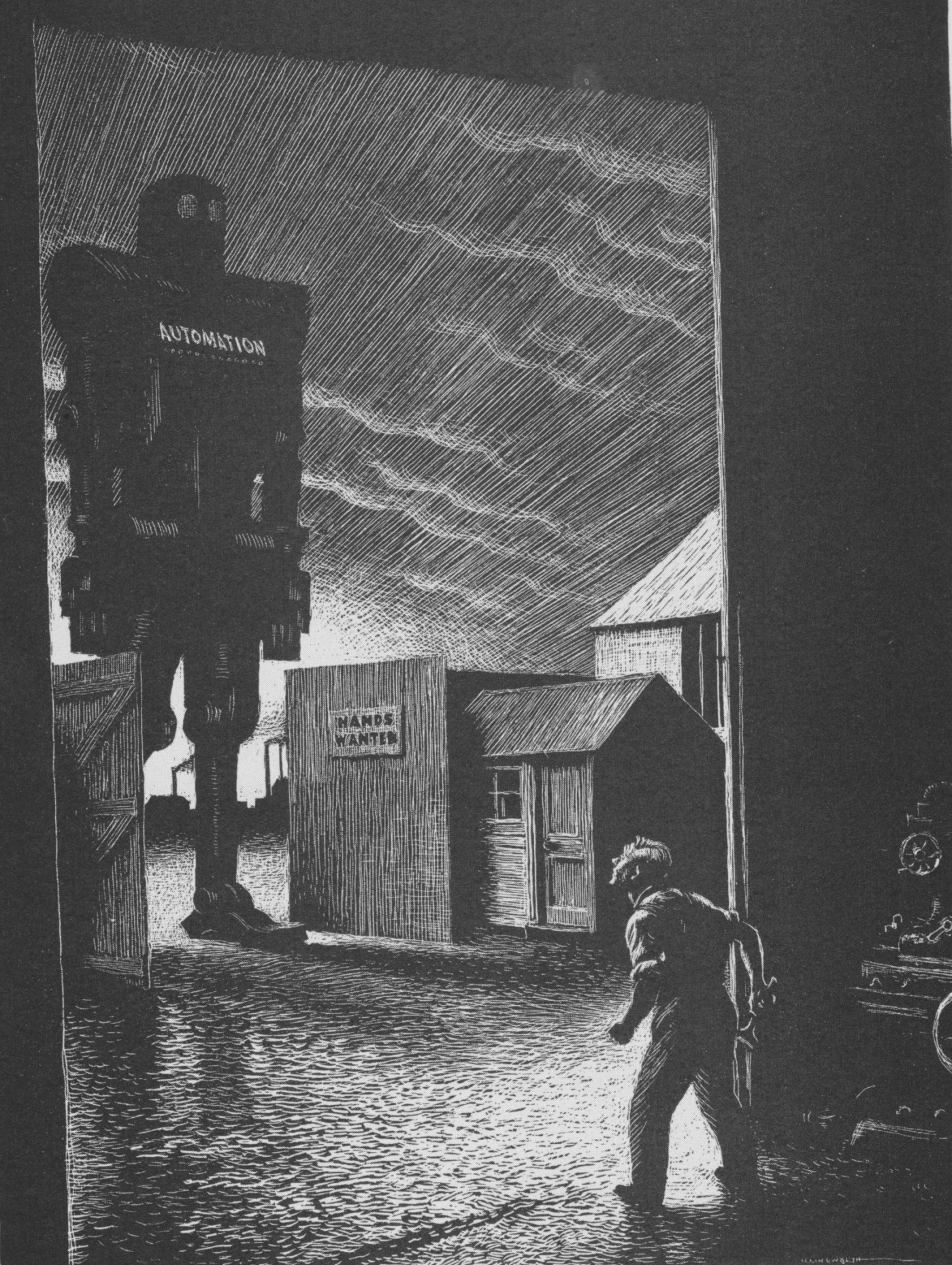 The first industrial revolution started in the mid 18th century when steam engines began replacing much of manual labor; the second industrial revolution came about as the electric lamp reorganized the working day; the third one due to computers that automated business processes and allowed for better products and services. But a new industrial revolution is now upon us: cognitive computing and intelligent robots have started taking over some of the intellectual activities that we humans have managed to keep, so far, for ourselves. The anticipated impact of machines taking over, not only from hardest working but also from the smartest working humans, is enormous. According to an estimate 47% of current jobs will be lost in the next ten years; a prediction that, if confirmed, may wreck the political foundations of capitalism. But how close are we to such an inflection point in human history? Could the impeding rise of the robots be another media hype? After all, Artificial Intelligence is not really news, but a technology that has been around for over sixty years.

To answer the question, let’s go back in history and see what we can learn from previous societal upheavals triggered by technology. Steam engines made their gradual appearance in 18th century Britain, first pumping water from coal mines, then taking work away from the humans who for centuries lived off small cottage industries across the land. But the steam engine was not discovered in 18th century. At around 50AD a Greek engineer called Hero built the first steam engine in Alexandria, in what was then Roman-occupied Egypt. So one of the most perplexing questions in human history is why didn’t the first industrial revolution happen in Roman Egypt? Why did it have to wait a thousand and seven hundred years, so that the steam engine could be re-invented in England? I would like to propose that two essential – and concurrent – conditions must occur, for a disruptive human-replacing technology to trigger massive socioeconomic change.

The first is that human labor cost must exceed the cost of purchasing and using the alternative technology. In Roman Alexandria the cost of employing humans to do manual work was very low, a reflection of the fact that the supply of labor was much greater than the demand for producing goods and services. It was a lot cheaper to pay someone to do something, or indeed to buy a slave, than buying and using one of Hero’s steam engines. In 18th century England labor costs were rising as more hands were needed to keep up with the global demand of goods, particularly as England, and soon to follow Europe, established trade posts around the world. Fast forward to the 21st century: for the past few decades the world economy has enjoyed low inflation and global growth thanks mostly to China, and the millions of Chinese workers who migrated from the rural areas to the urban cities and started working on factories. But the age of cheap human labor in China is over. The hourly wage of a manual Chinese worker has risen above $5/hour; prompting many Chinese factories to relocate to other Southeastern countries such as Vietnam, or embark on massive automation with robots. At the same time, the cost of purchasing and running an assembly robot is dropping dramatically. Rethink Robotics sells collaborative robots for around $25,000 a piece, which makes them affordable even to small manufacturers. Running those robots costs less than $1/hour. Our own research at Willis Towers Watson has indicated that may clerical activities of human professionals can be automated using artificial intelligence creating massive wage savings for companies. So it seems that my first condition for an industrial revolution to take place has been met: robots are cheaper to buy and run than their human equivalents. But this is not enough.

A second condition must also happen, in that the human-replacing technology must scale efficiently; in other words, society must be able to manufacture multiple copies of this technology fast and distribute them quickly and wide. This condition was not met in first century Alexandria. The combination of technologies that would make Hero’s steam engine easy to manufacture at scale was simply inexistent. Moreover, the distribution systems available in the Roman Empire were not adequate to ensure that the Egyptian steam engines would quickly disrupt existing working patters and processes. In 18th century England, things were different. Metallurgy had advanced, and so were methods of organizing work and supply chains. Academic institutions and learned societies accelerated the exchange of ideas, and their further development. Making copies of steam engines was no longer a challenge. Similarly, when Artificial Intelligence emerged in the late 1950s the world was just beginning to computerize, and there was no Internet; we can imagine this period as “Hero’s Alexandria for AI”. Scalability of software became possible with the proliferation of cloud computing in the early 2010s, and the advent of software development platforms. Artificial Intelligence is now fast becoming a software platform too, infinitely scalable on the cloud. For example, IBM Watson is now available through a number of APIs that software developers can integrate to their applications. It is only a matter of time before technologies such as deep machine learning will also become scalable, a trend that can only accelerate as more “things” become connected to the Internet producing more data. Robots are also transforming into platforms. Tesla cars are upgraded not by taking them to the mechanic but by downloading software. One day soon we will be able to upgrade our driverless cars, as well as our household robots, via our smartphones, which can already tap on back-end supercomputing-grade power from the cloud. My 7-year old son regularly upgrades what his toy BB-8 robot can do, by simply downloading new software versions.

Massively scalable intelligent software and machines are fast becoming cheaper, and easier, to purchase and implement, compared to recruiting, onboarding, training and rewarding human workers. The fourth industrial revolution is at the gates. Let us brace for what will be the most disruptive era in human history.